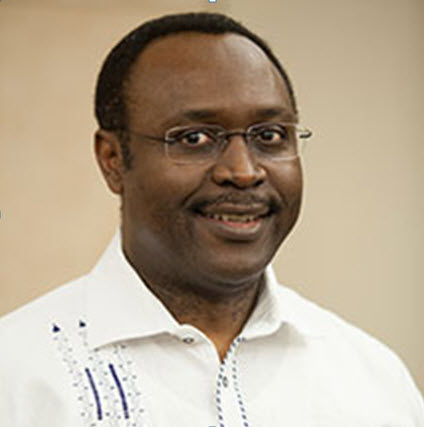 Albert Zeufack, a Cameroonian national, is the World Bank’s Africa Region Chief Economist. He joined the World Bank in 1997 as a research economist in the Macroeconomics Division of the Research Department. Since then, he has held several positions in the East Asia and Pacific region, as well as in the Macroeconomics and Fiscal Management Global Practice with a particular focus on Africa, Europe and Central Asia.

Zeufack’s main research interest is in the micro-foundations of macroeconomics. Prior to his appointment as Chief Economist, he was Practice Manager in the Macroeconomics and Fiscal Management Global Practice and leader of the World Bank-wide Community of Practice for the Management of Natural Resources Rents, a group interested in sovereign wealth, fiscal rules, public spending patterns, and macro-modeling in natural resource-rich economies.